In Grade 8, I found myself staring at a recipe for lemon meringue pie.

The cocktail of emotions was one that only a teenage boy in home economics class could feel. Insecurity, fear, embarrassment, and anger, to name just a few. The group next to us had two girls I really liked, so there were some other perplexing emotions and feelings thrown into the mix. But the overarching feeling was confusion.

I had eaten my share of lemon meringue pies (there are pictures to prove this). But those pies had always just appeared in front of me. Never had someone expected me to bake one.

It went as well as one would expect. The fatal error made in a sea of other mistakes, was mine. Reading instructions wasn’t my thing. So, I assumed that meringue became fluffy and delicious during the baking process. The resulting pie was…interesting.

As teenage boys do, we then dared several people to eat the disaster we called a lemon meringue pie. And as teenage boys do, someone looking to score social points ate the whole damn pie. I have no idea how he survived.

Last weekend, and now nearly 31 years old, I found myself staring at a recipe for lemon squares. It was my first attempt at baking since that fateful day in Grade 8.

Brewtrippers has become a great excuse for us to do and try new things. Exploring new towns, trying new beer, meeting interesting people, and learning how to travel on a budget. Jenn is admittedly the talented one in this relationship when it comes to cooking and baking. But I wanted to treat her to a meal for once and Brewtrippers once again gave me the courage to do so.

If I’m going to make a meal, why not use beer in everything? Enter The Beeroness. I stumbled upon this website and immediately started drooling. The recipes are amazing, the photography is wonderful, the stories are entertaining, and the respect for craft beer is evident. It was decided. I’d make an entire meal using recipes from The Beeroness!

This meal was paired with the amazing Lake Effect IPA from Great Lakes Brewery in Etobicoke, Ontario.

By the time I was ready to take a picture of the meal, I was too hungry to care about staging. So while this isn’t pretty, I can promise you it was delicious. And it goes to show just how versatile beer is! You can pair craft beer with any food, but you can also make the food with it. 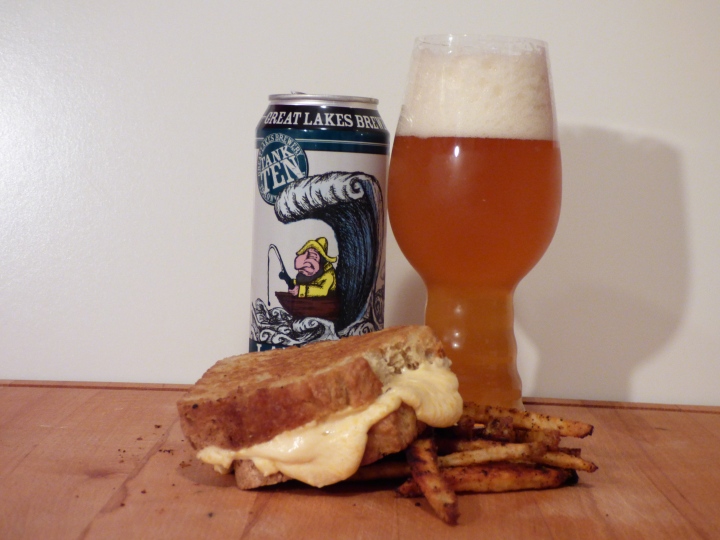 What are some of your favourite recipes using craft beer? Tell us your store and share recipes in the comment section below!