When it comes to natural beauty, Ontario is spoiled. From the Ottawa Valley, to the Bruce Peninsula, to the northern shores of Lake Superior, there are seemingly endless options for breathtaking scenery in the province.

When it comes to craft beer, Ontario is similarly spoiled. We’re at a point where you can be admiring almost any of these amazing sights while also enjoying a delicious craft beer made within a few kilometres.

And there are few places where natural beauty and amazing craft beer intersect better than in the Niagara Region. It’s hard to avoid jealousy for those who live in Niagara, which also happens to be where Jenn grew up.

The Niagara Escarpment is perfect for hiking, biking and simply escaping into nature. Niagara Falls and the Niagara River showcase a true natural wonder of the world, while also allowing for excellent recreational water sports (sorry, no barrels over the falls). Lake Ontario gives the impression of a landlocked ocean, except for when you see the CN Tower rising from the horizon. And the sprawling farmlands are wonderful for a leisurely drive and buying fresh produce from honour-system farm stands. Not to mention the area is steeped in history, such as the Underground Railroad and the War of 1812, and is home to wonderful examples of 1700s and 1800s architecture, all within a stone’s throw of the United States border and slightly more than an hour from Toronto.

Oh yeah, and I can’t forget to mention it has a mindboggling number of world class wineries, craft distilleries and a strong, emerging craft beer scene.

So where better to go on a beautiful autumn weekend with the sun shining and leaves falling?

The craft breweries in Niagara are spread out a bit, although easily visited within a day. We decided to focus solely on Niagara-on-the-Lake and two cornerstone breweries of the Ontario craft beer scene – Niagara Oast House Brewers and Silversmith Brewing. Both breweries are on Niagara Stone Road, which is a main connector between the Queen Elizabeth Way highway and the town of Niagara-on-the-Lake. So you can’t miss them!

Have you ever encountered a lineup to enter a brewery? We hadn’t, until we stopped at Silversmith! They were so full of beer lovers, capacity had been reached and the line of wide-eyed, drooling beer lovers started to grow. Silversmith is in a former church, built in the 1890s, with ivy-covered brick. This is a beer hall style brewery, so you want to dedicate some time to sit back and relax with good food and amazing beer.

The interior is just as beautiful as the building’s exterior, and they’ve done a very good job to maintain the character of the old building. There were five beers on tap, so we did a shared flight. We also got the hop-crusted wings, which were delicious! I somehow fell even more in love with hops after tasting them on wings!

Silversmith is brewing great beer. And their brewery is a must visit. Amazing atmosphere, delicious food and top notch beer. It’s the holy trinity of brewtripping!

When we arrived at Oast, it was packed with beer enthusiasts who’d just gotten off a tour bus. And yet, somehow, we had samples, a filled growler, and conversation with staff within 10 minutes. How is that even possible!? Their staff are great!

Oast’s brewery is a bright red barn that you simply can’t miss. Inside, it is a true tasting room – but with some very nice bonus features. Oast has a large tasting bar with 750mL bottles and merchandise well-placed around the large, open space to allow for easy movement, even when packed full of people. There is a small food counter off to the side, a ping-pong table, and a beautiful event space upstairs called The Hay Loft. Seriously, if they had been around when we got married, Oast and The Hay Loft would have definitely been our venue!

Their beer selection has rapidly expanded since our very first visit, so I went with three samples I had yet to try.

Oast is another great brewery. Their flagship beers are farmer’s ales and saisons, which fit nicely within the barn. To see their beer list so expanded was a nice surprise. It always tastes like Oast brews their beer with love. Hard to explain, but there is a level of care and attention that comes through with every sip. It’s no wonder you see so many brewers taking inspiration from their creations!

Niagara-on-the-Lake is a town you’d expect to see in a warm and fuzzy Christmas movie (you probably have – there are a lot of movies filmed here!) A destination because of its wineries and historically significant for North America because of its strategic importance in the War of 1812, this is a town that leaves a permanent impression.

The main street is lined with wonderful independent stores, restaurants, high end clothing shops and souvenir hubs. In peak seasons, the town is filled with tourists and the sidewalks better resemble a crowded city than a sleepy town. The most eye catching part of the town is the prominent cenotaph/clock tower. Take some time to admire it, but try not to follow the crowds that run through traffic to get the perfect picture.

You can get lost for hours shopping, but it doesn’t have to cost you a fortune! Kurtz Culinary Creations is a favourite of ours for sampling locally made jams, jellies, spreads, dips and sauces. You always walk out having bought something, but you’ll have likely eaten the same value in samples too! And at Ten Thousand Villages you can usually get a small sample of coffee or tea near the back of the store. Or it was the staff’s coffee room and we stole from it…either way, it was great coffee!

Some of the best things to do in the town are free. Queen’s Royal Park overlooks Lake Ontario, with Toronto easily visible on clear days. There is a small beach in the park and a nice walking trail. It also feels like you can reach across the water and touch Fort Niagara on the American side. And it reinforces why this town was so important to both the British and Americans in 1812.

Fort Mississauga is a personal favourite of ours. Jenn took me here on my first visit to Ontario as we toured around Niagara. Our sentimental reasons aside, it a great piece of Canadiana and is a National Historic Site. You have to walk through a golf course to get to the fort, which can be strange, but you’re allowed! The signs are pretty good, but watch out for the golfers with a bit too much of a slice – the pathway is steps from fairways!

Niagara-on-the-Lake will be getting their very own downtown craft brewery when The Exchange Brewery opens in the next couple months. We’ll definitely be back to check that out. Among the other breweries nearby are Brimstone Brewing Company and the Niagara College Teaching Brewery. Both of which we’ll be back to visit and write about!

Niagara is a beautiful part of Canada. And Niagara-on-the-Lake is a not so hidden gem that everyone should visit. In some places you feel like you’ve stepped back in time. But when you visit Oast House and Silversmith, you know you’re looking at the future of beer in this country.

As Sean mentioned, I’m a local Niagara girl, growing up in St. Catharines, the small city next to Niagara-on-the-Lake, and like any good local I have my favourite eateries (Stagecoach Family Restaurant), stores (like Irish Design and Just Christmas), and historic sites (which we’ll save for our next ‘explorcation’ and brewtrip!). But even more importantly, I also know some town secrets. One example, which I might regret sharing, is you should never pay for parking in NOTL. The ultimate sign of a tourist in Niagara-on-the-Lake is a car parking next to a meter or in a paid parking zone, because locals know that unless you simply have too much money (in which case you should just give it to me, please) paying for parking is just not done. Just one street north of Queen you will find plenty of free street-side parking on Prideaux Street/Byron Street, with some frequently available spots on the north end of Simcoe Park, across from St. Marks church. Drive another block or two, or look on the other side of Queen and you’ll find even more. You might need to drive around a bit until a spot opens up, especially in the summer months, but trust me, it’s worth it. Save the parking money and go buy some fudge or delicious Empire cookies instead! 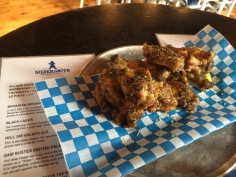 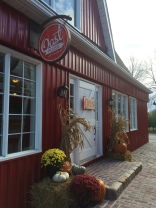 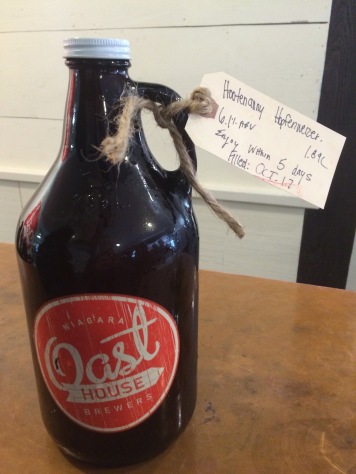 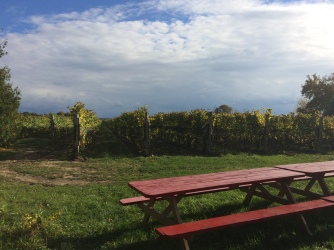 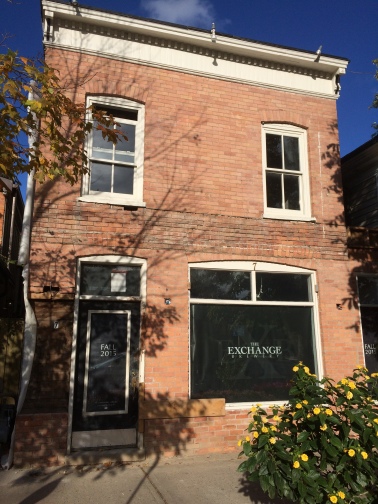 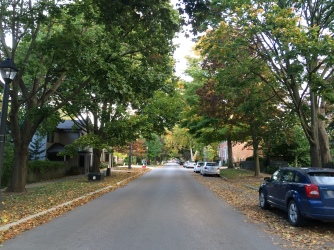 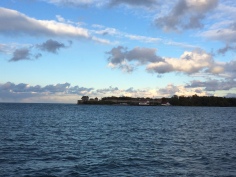